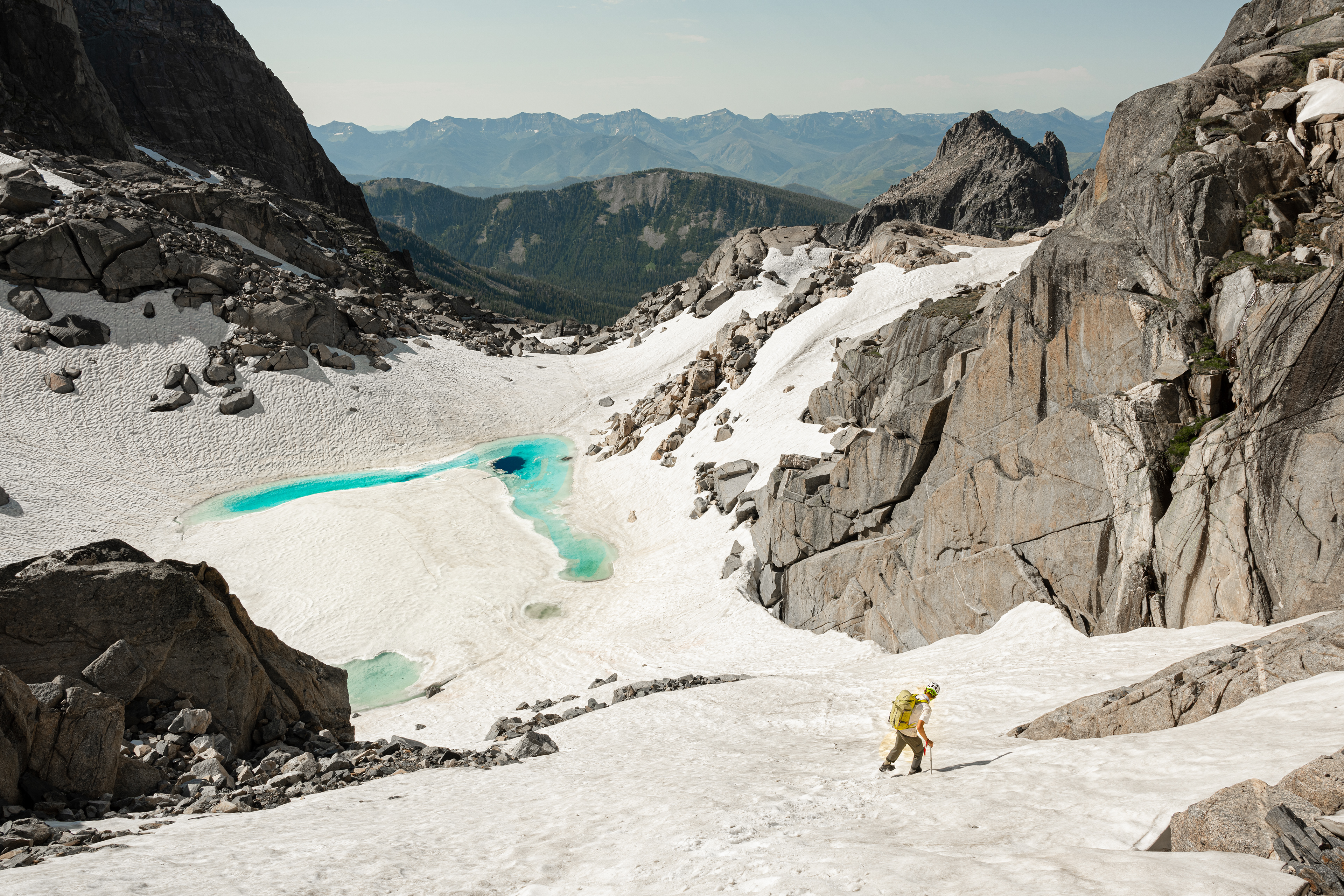 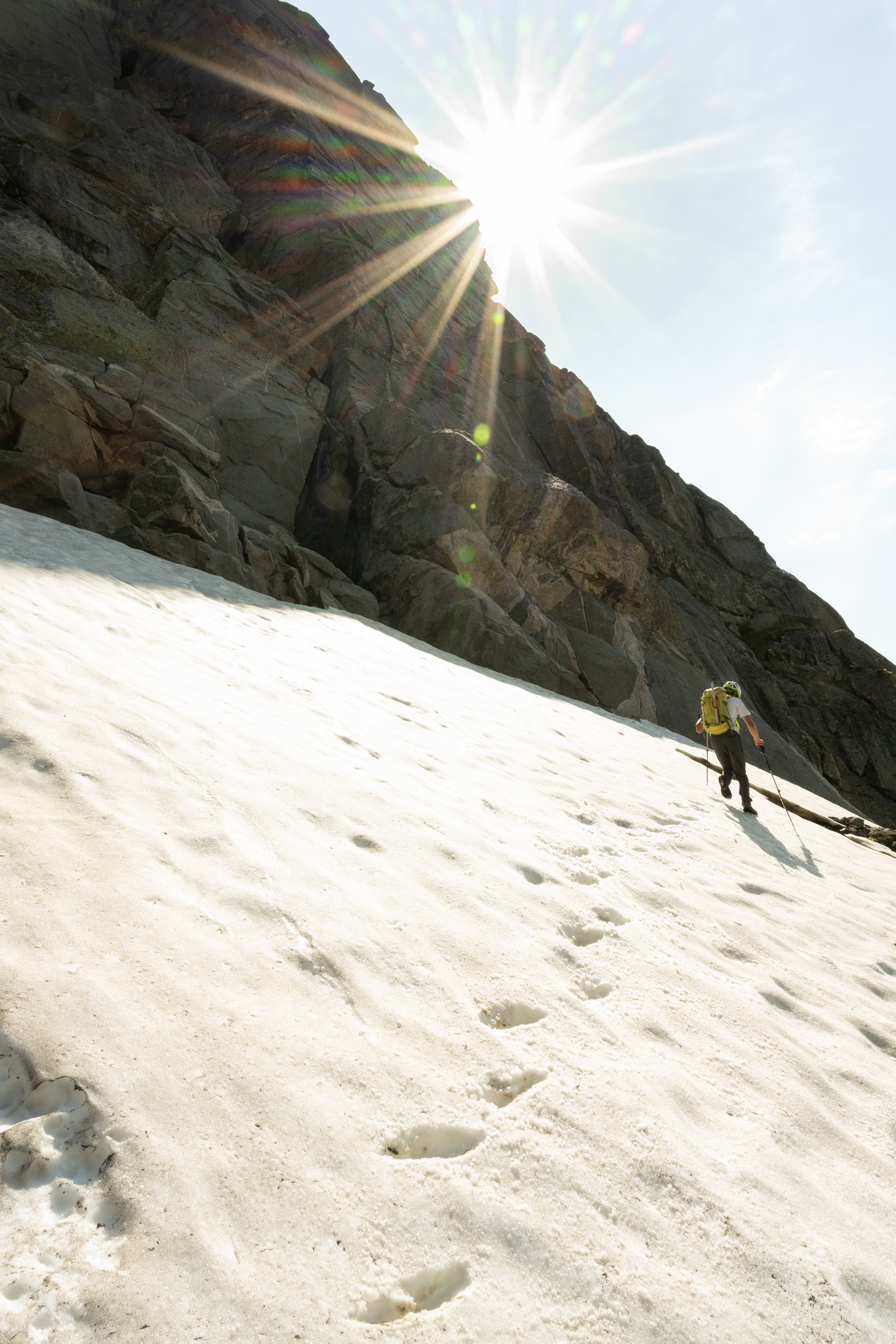 Bracing the 5 am Absaroka Mountain Range Alpine chill we emerged from our tent, currently sitting high atop a cliff with the beautiful Elbow Lake sitting below–we observed the great granite spire of Mount Cowen we would be attempting to climb this morning.  As we headed North towards the base of the summit we hopped through the large boulder field and infinite stream crossings to reach the substantial granite scree field that would take us to the basin below Mount Cowen.  Once in the basin, two majestically laid tarns sat high above the alpine granite cliffs surrounding them.  As the cirque became illuminated with morning light, the jagged granite points lit up as the magnificence of Mount Cowen showed in the shadows illuminating the opposing peaks we looked across and admired.  The scramble up the South face felt as though me and my partner, Frank, moved as one; flowing up the steep face, electing to take the most aesthetic line possible to reach the beginning of the technical climbing.  Once attached at both ends to the blue rope that would protect our lives we began choosing our way up the broken granite blocks that encompassed the ridgeline of Mount Cowen, placing gear but relying mostly on the confidence in ourselves as we navigated the exposed face.  Once the summit ridge was reached a number of false summit ‘fins’ were navigated to reach the crux of the climb-a layback dihedral that would grant us access to the majestic summit block.  The climbing went smoothly and the summit of the spectacular Mount Cowen (11,206’) was breathtaking as me and my climbing partner rejoiced with energetic enthusiasm to be in such a breathtaking moment!  High jagged peaks stood near as tooth-like spires stood in the distance, while the beautiful tarns and Elbow Lake lay solemnly below the base of the granite masterpiece we stood atop.  The moment seemed only to last an instant, but as I took my last 360 degree view of the summit and said goodbye to the beautiful instant we were in I embraced it and grinned as I rappelled off summit to reach more manageable terrain below.  As we descended the loose gully back to the snow and shimmering tarns we looked back to take in the views of the amazing summit we stood atop hours before, thankful to the mountain for safe passage and an incredible experience.  Returning to camp and packing up we took in the last views of the striking area we had the privilege to explore-as we descended the trail the weight on our backs seemed miniscule, as the accomplishment of completing our objective made us feel weightless in the afternoon heat.
-Seth Anderson